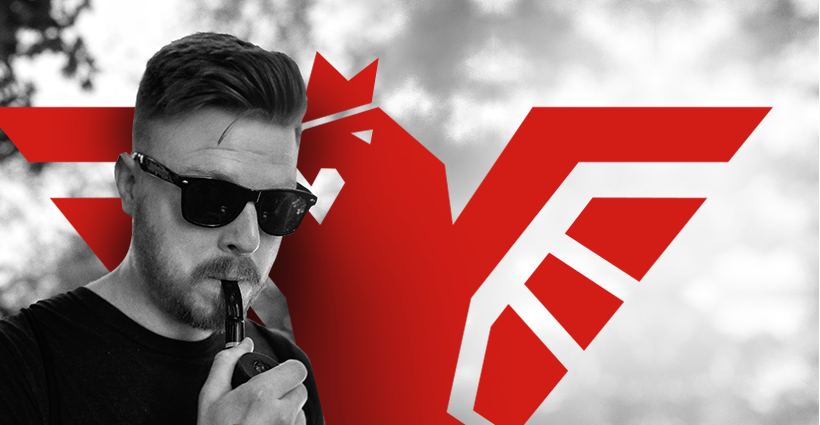 "I Share the Vision With Moravio," Says Petr Joachim, an Experienced Developer, Coach and New Member of the Moravio Team

Shopsys, Seznam, Kiwi.com, Moravio. In short, this is the career path of Petr Joachim, a developer and coach who will be expanded by one of the Moravio development teams from February 2020.

"Lukáš Greň and I know each other from our first job, we also worked together in Seznam, where I took over and expanded the team after him. During my own programming career, of course, I followed Lukáš's business steps and I like the direction he is going. I am glad that our paths have met again."

Petr Joachim is a well-known and often inflected name in professional circles, mainly due to his significant work in two fields of the Czech and, in fact, the European Internet. In Seznam.cz, after Lukáš Greň, he took over a team that grew under his leadership, and when Petr left, he had the leadership of about thirty programmers. Together they developed the home page of the List, which at the time had about a billion views a month, the content segment included Novinky.cz, Super.cz, Sport.cz, community services such as the legendary Spolužáci.cz and Lidé.cz, but also, for example, the new Stream and Mixer, streaming and live streaming services, for which they developed and deployed their own CDN, thanks to which millions of people had access to videos and transmissions.

For a short time, Petr devoted himself to a smaller My Food project (Sklizeno.cz) and focused his attention more on a new addition to the family. Then his professional steps led to the then Skypicker, now known ticket search engine Kiwi.com. He joined the then team of about forty members as an experienced programmer and then the most experienced manager, so in addition to technical knowledge, he also began to develop his soft skills. He underwent many trainings and trainings and, in addition to the programmer, he became a professional coach and mentor who focuses primarily on effective processes in the company.

"My goal (as a coach) is for people not to need me," says Petr. "I want to help the teams be the best they can be. Not only in communication with each other, but especially in communication with the client, in quality product delivery without snags and delays due to any noise.” And so, even if he joins Moravio as a developer, he does not hesitate to use his managerial and coaching skills, which have helped both Seznam and Kiwi.

"It is clear that it draws me to Moravio thanks to Lukáš, whom I trust as much as possible, he was also my witness at the wedding. But I also see the huge potential of the company, which is already largely being fulfilled. Above all, we are connected with Lukáš and his company by the vision, how Moravio is able to respond quickly to the needs of the market, how it can orient itself on what is in demand. The company has a huge amount of know-how, people here have worked on many different projects with so many different technologies that they can easily adapt to any requirements of the market or a specific client. Moravio has a complex thinking, he thinks in terms of business and products, and he invents a lot of things for his clients," Petr motivates the motivation for cooperation with Moravio. "Another great advantage is the possibility of remote cooperation, even though Brno is not exactly Bali, I am glad that working in Moravio will allow me to be with my family and devote myself to development in skills other than Devloper."

The founder of Moravio, Lukáš Greň, also talks about the potential of cooperation. "Jocho and I know each other really well and I know that a great talent came to us with his arrival. I am not alone in knowing about his qualities, his name is quite well known in our world. Thanks to him, we can not only expand our capacities, but also the portfolio of services we offer to clients. We have something to learn from Peter, he is an experienced and successful programmer, he will move us forward. We will use for clients not only his abilities, but also the potential that he can develop in our company. I am determined to give him maximum space.”

Every new member of the team brings something new to the company, head, thinking, experience, personality. We welcome Petr to our team and from the first days he spends on both corporate and work onboarding, it is clear that we and our clients have something to look forward to.