We created a new web presentation for the Janáček philharmonic Ostrava with a connection to the reservation system for tickets purchasing.

The Permanent Symphony Orchestra of the Janáček Philharmonic Ostrava is, in addition to the Czech opera ensemble, the most important Ostrava musical activity after the First World War. In 1929, it was established as a radio ensemble and became an important part of Czechoslovak music. In larger contemporary scores (Bartók, Schönberg) it was associated with the opera orchestra, often also in the guest appearances of important conductors and composers, such as Igor F. Stravinskij, Sergei S. Prokofjev and Paul Hindemith. The latter liked Ostrava and came back repeatedly.

Among the soloists of resounding names who have performed with the Ostrava Philharmonic, let us mention, for example, J. Suk, A. Navarra, J. Carreras, P. Domingo, D. Pecková, E. Urbanová, J. Calleju, P. Burchuladze or P. Sporcel, I. Ženatý, S. Babayan, D. Ishizak, K. Gerstein, A. Ghindin and many others.

JFO has the lead among Czech orchestras in staging contemporary works, which are often performed in the Czech premiere. The main credit here goes to the conductor and composer Petr Kotík. For example, the hosting of JFO at the Prague Spring 1999 in the huge Stockhausen Groups for three orchestras became legendary.

We have been cooperating with the Janáček philharmonic Ostrava for a long time. The most fundamental cooperation was the redesign and creation of a new web portal JFO.cz connected to the system for purchasing tickets and also the company intranet.

What we solved for the client: 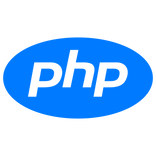 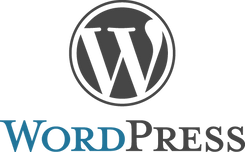