Fly in virtual reality with info graphics over eight beautiful places in the Czech Republic with the help of 360 ° video. Available for Gear VR and Oculus GO.

We cooperated with the CzechTourism agency on the modifications of the already existing application for virtual reality with the help of the Unity game engine . Thanks to the Gear VR and Oculus GO devices, it is possible to fly around eight beautiful places in the Czech Republic in this application. All with info graphics to enhance the experience.

Unity Engine is a platform that focuses on 2D and 3D graphics, virtual or augmented reality and provides creators with the necessary tools for their creation. The engine is primarily intended for game creation, however, in recent years its possibilities have significantly expanded to other industries such as automotive or film. In recent years, it has been used, for example, in the filming of the american series Mandalorian.

What we solved for the client: 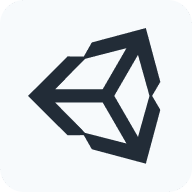