Flutter is an open-source UI software development kit created by Google. It is used to develop applications for Android, iOS and web and since arrival of Flutter 2 also for Windows, Mac and Linux.

Reasons to Work With Us

Our teams were a part of many challenging projects. Hire the whole team including a team leader and leverage their coordinated skills.

If you are not interested in our teams, you can also hire just single developers. We call this service outstaffing.

Moravio cooperated with many industries. Every industry has its specific features. Having the experience, our teams are able to speak your language.

You don't need to build your internal organisation. Hire our team for the project and replace us with internal staff later.

You don't need to have technical knowledge to work with us. We have product managers and designer, who will help you to prepare backlog for our programmers.

Do you have technical staff already? Great! Cooperate with us in co-development model and hire another team to scale fast. 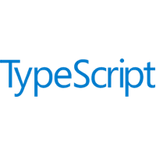 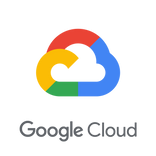 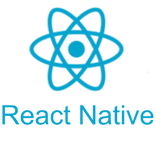 What is Flutter & Flutter 2?

Flutter is an open-source framework created by Google for creation of multiplatform native applications. In the first version, it was possible to develop only for Android, iOS and the web. In the second version, which was released in 2021, development support was added for the Windows, Mac and Linux desktop environments. The programming language used is Dart, which is also created by Google.

Why use Flutter / Flutter 2?

Thanks to a single source code, Flutter offers clearer and more efficient application management and development. Thanks to Flutter, there is no need to develop on each platform separately, but only in one place, with one main source code. This also results in shorter and therefore cheaper development of your applications. Flutter is a very young framework, but in the few years of its life (and coupled with Dart programming language), there are more than 15 000 different packages created. Today, Flutter is already used by companies such as Amazon, Microsoft, Adobe, Alibaba, eBay, Toyota and others to create their applications.

Here's what we've been up to recently.

Every year, the Clutch.co platform compiles multiple rankings in different categories through The Manifest to showcase the best companies in their respective categories. Moravio was chosen as one of the best software development companies from Czech Republic.

Technical debt - Part 1 - What? Why? How does it affect your business?

What is technical debt? How it affects your business? How can you prevent it, and how can you deal with it once it has arisen? This is what we will try to explain in this two-part series of articles.

Moravio is one of the TOP 100 fastest growing B2B companies in the international Clutch.co ranking

Every year, the Clutch.co platform compiles an international ranking of the fastest growing IT companies based on the documented turnover from previous years. In 2021, thanks to its hard work and great clients, Moravio has also made it into this ranking.